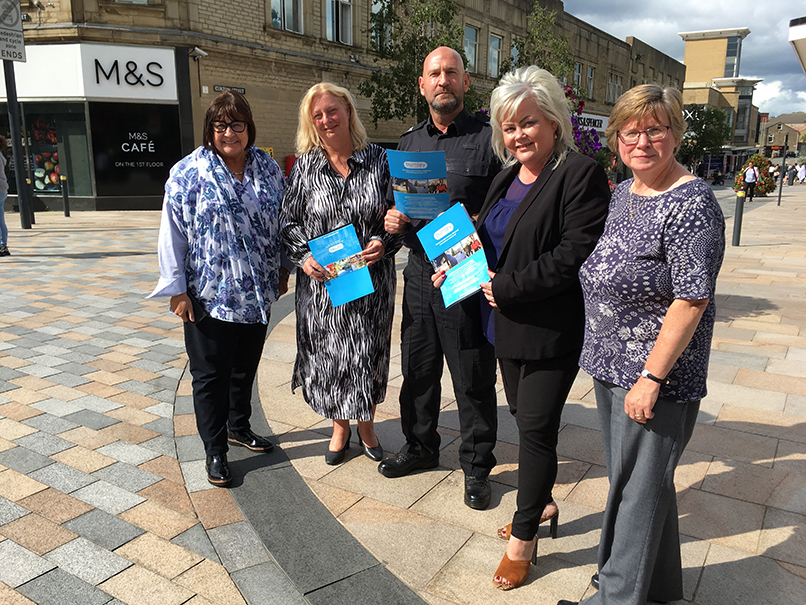 Business representatives from the Burnley BID team recently met with the Lancashire’s Police and Crime Commissioner representative, and Lancashire Constabulary to discuss local business’s  plans for a Business Improvement District in the town centre and a range of live issues they are addressing with local partners to improve safety and security of residents, consumers, employees and local businesses.

Meeting with the Director of the Commissioner’s office, Angela Harrison, the meeting outlined the support from the Commissioner of the plans for a BID in the town centre. It also outlined how the plans for the BID to work with local partners to tackle safety and security issues is a positive move and very complementary to the work of the PCC and the Lancashire Constabulary.

There were discussions around the experience of BIDs elsewhere in Lancashire and the positive impact they have had supporting improvements in crime and security for the day and night time economies including locations such as Preston.

Whilst the Police have faced some challenging funding cuts in recent years, with 750 Policing positions being lost through austerity cuts since 2011, following new investment by the PCC and recent announcements by national government plans are afoot to increase the levels of policing within the County. The PCC has already introduced a new Business Crime Manager role to work with companies, the Burnley town centre custody suite has recently re-opened and new engagement staff are also planned.

The Commissioner has also recently launched his Backing Lancashire campaign, which builds on the Commissioner’s commitment, alongside Lancashire Constabulary, to ensure all procurement and commissioning activity across the force and his office maximises social, economic and environment benefit within the county, whilst also delivering value for money.

The campaign was launched to encourage organisations across the public and private sector to invest in the county and wider north west region wherever they have the opportunity to do so, and retain the value of contracts within the area.

Burnley BID representatives Debbie Hernon from Charter Walk and Karen Arciniega  from McDonalds explained some of the existing challenges faced by businesses and customers from anti-social behaviour in the town centre, and how they were working with the BID, Burnley Council and local Police to tackle ASB across the town centre.

The plans for a BID will deliver additional security presence across the town centre, improvements to the radio network and improve the sharing of intelligence between businesses. The BID also plans to explore innovative approaches top tackling the root causes of ASB in the town centre with local partners, and ensure that on-going improvements in safety and security are delivered to make the town centre an even safer destination of consumers.