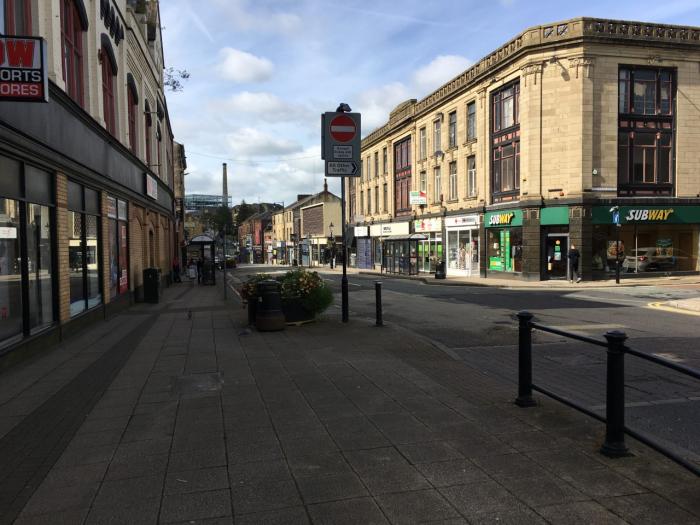 Burnley has been awarded a share of a national funding pot to invest in further regenerating its town centre.

The application for the money from the Historic High Street fund, which was supported by the Burnley BID Steering group  will be invested to revitalise lower St James Street

Burnley Council put forward a bid for £1.3 million over four years. The exact amount Burnley will receive will be announced in January following the submission of detailed proposals.

Council leader Charlie Briggs said: “This is great news for Burnley. We have been awarded, in principle, agreement for developing a High Street Heritage Action Zone for the lower St James Street area.

“It fits in well with the wider regeneration of the shopping centre, the proposed Cinema/Leisure development at Pioneer Place, and with the investment that the University of Central Lancashire is putting into the Weavers’ Triangle and the work being done to transform Burnley into a university town.

“We’re working to create an exciting and ambitious buzz about Burnley and this funding is a great boost for our plans for lower St James Street.”

The program aims to create a vibrant cultural quarter sitting between the town centre and the Weavers Triangle.  The application said: “The borough has a history of creativity, but many creative people have to move away from the borough to find suitable studio space and artistic networks. There is untapped potential in the buildings in St James Street, together with experience of the partners to turn this trend around and deliver a new creative community in the heart of the conservation area.”

It is proposed to use the money together with match funding to deliver:

Further details will be announced once the level of funding is known and as plans develop.